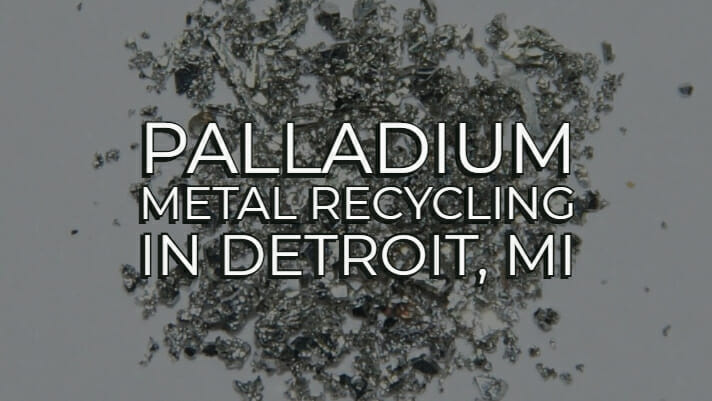 When you think of precious metals that carry the most value, the first thought that comes to most peoples’ minds are gold and silver. However, an unlikely metal that has increased in value over the course of the past couple of months has now exceeded the value of gold.

Palladium is silvery-white metal that is projected to fall short of demand for the eighth straight year according to an article published by Bloomberg. This has resulted in the increase of demand for the precious metal not only in Detroit, MI but the rest of the world. As palladium prices continue to increase, scrap metal recyclers are willing to buy palladium at top price.

Since it is one of the precious metals that scrap yards are in a demand for right now, take the time to learn more about this precious metal, where to find it and where to sell it safely in Detroit, MI.

Where is Palladium Found?

Mined mostly in South America and Russia, platinum and palladium are typically mined together, with palladium being mined mostly as a secondary metal alongside platinum and nickel. Along with an increase in value with other platinum group metals, which include palladium, scrappers are left asking where to find palladium scrap.

Palladium can be found in a wide range of manufactured items. Palladium resins are the chemicals used in some manufacturing processes and the palladium metal itself is used in the manufacturing of rods, wires and castings.

However, the more common places you will find palladium is in jewelry and catalysts.

So, in Detroit, MI, your best bet to finding scrap palladium is in a junk car or old scrap jewelry, making the metal very rare to a residential recycler.

Where to Sell Palladium in Detroit, MI

Since recycling is expected to contribute a large portion of the total supply of palladium, many scrap yards in not only Detroit, but around the country are paying a high price for any scrap that contains the precious metal. 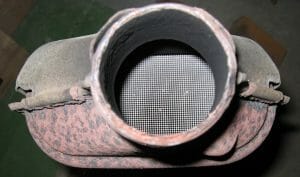 Scrap yards are the most common places in Detroit and the metro Detroit area you can go to receive top dollar for any scrap palladium you may have. Make sure to do research on the scrap yard you plan on selling your metal to, however. With a rise in crime and the theft of catalytic converters which contain the metal, scrap yards are focusing only on legal recycling practices.

For the best return value, and safest transactions when recycling palladium, take your scrap to a scrap yard that abides by all Michigan Scrap Laws. Make sure the scrap yard has the proper licensing and a safe atmosphere for residential scrap recycling. Not only, will you be safe selling your scrap palladium at one of these locations, but you will also receive the best cash value for your metal because they are professionals that know the actual worth of what you are scraping.

For more help finding the best local scrap yard near you , take the time to learn what other key factors you should look out for when choosing a scrap yard in Detroit, MI or the surrounding metro Detroit area.